If I had to give my daughters one piece of advice as they enter adulthood, I would say “Just because something seems hard and other people perceive it as a big stretch for you, that doesn’t mean that you should not keep reaching for it.” 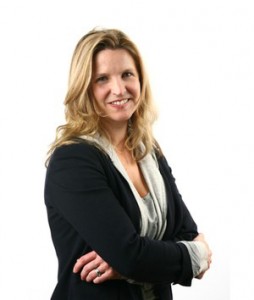 If I had to give my daughters one piece of advice as they enter adulthood, I would say “Just because something seems hard and other people perceive it as a big stretch for you, that doesn’t mean that you should not keep reaching for it.”

Before kids, I was pretty career-driven. I was living in New York. I was a lawyer and also a writer. I would work at the firm during the day and write at night. I was a happy person, but I worked a lot and worked pretty hard.

I have four children. My first child, my son, was born six weeks before 9-11. At the time, I was working for a startup. It was 2001, the time of the big internet boom and everything collapsed. I was laid off. I wasn’t particularly bothered. I always knew I would be a writer. It was just a question of whether I could be financially successful as a writer. I had made a significant investment in law as a career. Being a lawyer and a journalist are not dissimilar in terms of how you analyze things. I’ve found that it’s paid off in unexpected ways. I now run the New York Times Motherlode blog.

The motto of America with respect to parents is “Every man for himself.” I get a lot of submissions about parenthood with personal stories. Probably the top two things people write about are vaccinations and the work-life balance, which encompasses a lot. [As a lawyer] I want to provide a context for the individual stories. For example, when we talk about single mothers, we can’t only look at the story of Barack Obama. We need to look at the larger population of single mothers, and what contributes to women having children alone, and what needs to change. My posts on the Motherlode blog often highlight the political and social components of an issue that is important to parents.

What has surprised me about motherhood? How complete it is. It should seem really obvious–the fact that they’re so constant. You’re just always responsible. There’s nothing else that really prepares you for that. No. You. Are. Always. On. Go.

What have I learned about myself? That I could do that. I’m an only child. I’m not at all a selfless person. I’m also surprised that I can go somewhere like the Great Wolf Lodge in Texas where my parents live, not because I enjoy it–in a million years, I wouldn’t go to an indoor water park filled with screaming kids dumping buckets of water on your head—but because they like it. I did not know I had that in me.

Would I describe myself differently now? I’m much more patient, much more open, much more relaxed. Much less inclined to panic if things appear to not be going well. I know things will shake out eventually. Part of that is getting older.

What advice would I give to my daughters [or other women as they consider their professional path and/or motherhood]? I would tell them to stick with what you love — even when things get hard. Don’t jump ahead [in your head] to when it might not work in the future. There was a partner in the law firm where I used to work who said, “it’s not a problem until you make it a problem.” Get up and create the structure you need and try to make it work.

I haven’t actually achieved this goal yet. When we first moved to New Hampshire, we were living across the street from a woman with children, who worked part-time and appeared to be very organized. One day she asked me what I was going to do for work now that we were out of New York. I told her I was a writer. She asked, “what kind of writer?” I said, “I’m working towards being a writer for bigger magazines, like the New Yorker.” And she laughed really hard and said, “isn’t everybody?” Well, that hurt. It has taken years of stepping back and looking at what others have done and how they have gotten to where they have. It’s taken lots of no’s, and lots of maybes. I’ve still not written for the New Yorker—that’s not the kind of writing I do these days–but I’m very happy with where I am right now. I didn’t let her comment stop me.

It is filed under The Middle Years: Life with Children at Home and tagged with work. You can follow any responses to this entry through the RSS 2.0 feed.