I mean, nobody hands you a baby and says, “Get ready, because in 15 years, he’s going to start using drugs and you’re going to have to handle it.” 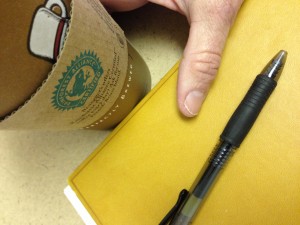 When you have a sick child, people bring food. They arrange sitters for your other kids. They have your house cleaned for you. When you have a kid who is abusing substances, nobody’s bringing food. Nobody’s cleaning your house for you. No one is offering you a break. So you’ve got to find somebody who will support you because otherwise you’ll go crazy. You’ll just simply wear out and when you wear out, is when you give in.

Having children was very intentional. I was 28. We knew that we wanted to have several children, so we didn’t want to waste any time. We got married on November 26th and I was pregnant by January 1st! [laughs]

I am a teacher. From the time I was 12, I’ve worked with kids. I love being around children so I knew that I was going to love being a mother.

Because I’m a mother, I’ve gone some places I never thought I would. The story I wanted to share today started January 29th, 2010… While we were out, one of my good friends pulled me aside, and proceeded to tell me that her son was concerned that my son was addicted to pot. I don’t think you could have told me anything that could be more shocking. I said, “This can’t be true… he’s only 15. We told my husband. My son was sleeping over at a friend’s house. He was actually drunk when we picked him up, and though we didn’t know it, he was also high.

The next morning, we searched his room and found pot, filters, paraphernalia. I was just devastated. I don’t want to say there was no indication, but my two oldest had sailed through high school and have done beautifully. He had always been well-behaved, but he had also always been a risk taker… I was speechless. It was as if a bomb had exploded in our house.

Of course he denied it. He said it wasn’t his. He had only tried it once. We wanted to believe him. I mean, he was a teeny 15-year-old with braces! But somehow you know. I called the pediatrician. The pediatrician said, “He’s young. You can manage this. Kids experiment. Tell him it’s unacceptable.”

We did and my son agreed to stop, and then he’d be high the next day. For six weeks, we put restrictions on him and gave him curfews. He broke them. We monitored him and he violated every monitoring tool that was there. At six weeks, I broke down. There’s stigma. You don’t want other people to know, so you’re struggling alone. My husband, he was shell-shocked and shut down completely. Finally, I called my girlfriend one night and burst into tears. She came over. After talking, she said, “you know there’s this social worker. Try calling her.” I called her and she said she would love to work with us, but thought we needed something more. She pointed us to an adolescent program at Duke. And at that point, things started to change [laughs] finally.

After a few weeks there, as my son continued to use, it was clear that we needed a lot of help. The counselor said, “We didn’t anticipate he would know so much about drugs at such a young age.” It was like Pandora’s box. Every time we opened it, there was another revelation. He doesn’t only use pot. He’s actually used this, too. He knows where to get it, who to get it from, how much to pay for it, whether it’s quality or not. And you’re just thinking, How did I not know this? I’m his mother. I just beat myself up.

You’re very much alone. Nobody in my circle that I knew of had ever dealt with this. And yet the fascinating thing to me was, after I got past the stigma, because I did eventually get past it, I learned just how many people have experienced something similar.

There are rhythms to addiction treatment. We’re in year three now. You think We’ll confront it, fix it and go back to life as usual. It doesn’t work that way. It never goes back. You never get super comfortable. You might start to get hopeful and think Maybe we’ve turned a corner and then there’d be a lapse and you’d go right back to square one. You’d go right back to that place that you were on the first day…. monitoring every little action. Everything becomes suspect.

My son did really well senior year of high school and that was our longest period of sobriety and then in December he got drunk. He drank and tested positive for alcohol and it was shortly after that that he tested positive again for marijuana. The worst part about this disease is you don’t know if a lapse is going to be a relapse until time passes. And the last thing you want to do is wait. You don’t want an hour to go by not knowing. You want to fix it in any way you can.

People think motherhood ends at 18. Not even close. Not even close. You just have to do it differently once they’re 18, but you’re still the mom. Three weeks before my son was supposed to go to college, he used again. I had always said, “You’re not going to use and have me pay for your college.” Decisions had to be made very fast because he had finished counseling. He had stayed clean for seven months. So the last three weeks of the summer, we were scrambling. How should I handle this? I had conversations with my son, “You’re not 15 anymore. We have to handle this differently now.” I told him, “if you go to college, here are the stipulations: You have to be drug screened and you have to see the counselor up there.” He said, “Okay. Fine. I won’t go to college.”

Meanwhile, I’m thinking, You’ve got to be kidding me. Three years in? As hard as we’ve fought for this and now you’re going to throw it all away? The next day, I said, “Hey, let’s sit down and talk about your ultimatum.” He said, “Don’t call it an ultimatum.” I said, “Well that’s exactly what it is.” I stood strong and said, “You’re going to have to come up with a plan B. You can’t live here and use. I’m not going to support you so I’ll give you two weeks to figure out what you’re going to do.” It was awful. He left and stayed away that night and texted me the next morning, “Could you leave some clothes out on the front porch for me?” I said, “No. If you want clothes, you’ve got to come home and talk to me.” He came home and we went back and forth. He finally said, “Okay. I’ll go to college under these conditions.”

How is it to have him out of the house? My counselor said to me last night, “You’ve lost ten years since everything has transpired. In other words, you look ten years younger.” And I said, “Gee. Did I look that bad?” He said, “You were someone who has been sleeping with one eye open for years.” I thought I would be more worried with him up at college because now I have no control. I don’t know what’s happening. It could be so bad and I wouldn’t know it or it could be fine and I might not know that either. Actually, I think for my son and for me being removed from that constant day-to-day tension has helped both of us. I know there’s a safety net for him there. I know that the counselor is keeping track of him. The counselor will email me and say, “Hey, I see him around campus with some good kids. That’s a positive. Screens are coming back negative.” I expected I would worry more. So it was kind of a release. He’s not 15 anymore. He’s 18. Before, it was my job to fix it. Now it’s more, “Hey, we’re in this together. We’re partners. You own half of this. I’ll continue to hold up my end of the bargain, but it’s a different bargain now.”

What have I learned? I’ve learned that I was a pretty arrogant mom. I thought if you just give kids a good foundation, then things will fall into place. This situation got thrown at me and I didn’t know how to handle it. That arrogance is gone now. I am so much more humble. I’m much more empathetic.

I can’t get over how many people have come to me since this started asking for advice and help. Before this happened, I probably just would have tried to give advice. Now I just let them talk and then I say, “Well I can tell you about some options we tried. I can’t promise you any of them will work.” My understanding of addiction has also changed. There’s a huge part of me that thought it was a choice and only a small percentage genetics. In the beginning, I didn’t want to know anything. I just wanted it fixed or to go away. I don’t feel that way now. Now I feel like these are just kids. They’re our kids and this is what we signed up for. I mean, nobody hands you a baby and says, “Get ready, because in 15 years, he’s going to start using drugs and you’re going to have to handle it.” You anticipate fevers and sicknesses and bumps and bruises and hurt feelings and not being allowed to play or striking out in the baseball game. You don’t anticipate being told your child has the disease of addiction.

If another mother came to me because she was going through this, I would tell her you’re not alone. It happens more often than you can even begin to imagine. Also, you’re not powerless. It’s okay that you’re angry. It’s okay that you want to take them and strangle them, even though you won’t. They’re not very likeable when they’re using drugs. I would tell them that before doing anything you need to think about and decide how far you want to go. At what point will you draw the line when you have this big, strapping boy who is 16 in your face who wants the car keys? Don’t act unless you’re going to follow through. In the face of being challenged, be completely fearless… even if you don’t feel it, you have to act like you do.

It is filed under Endings: The Children Leave Home, Read Stories and tagged with addiction, adolescence, divorce, drugs, empty nest, rehab, substance abuse, therapy. You can follow any responses to this entry through the RSS 2.0 feed.