The other morning I was thinking to myself I have literally lived half my life in fear. I think that that’s what you open yourself up to when you have children. You never really sleep that well again. 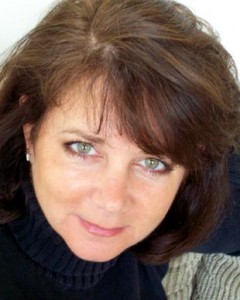 My son was not a planned pregnancy. I was 24 and a recent college graduate when I discovered, after a very short relationship, that I was pregnant. It never entered my mind not to have him. He was very, very, very wanted, from the beginning.

From the very first moment, I knew I was in for something. He was born with the umbilical cord around his neck and he had all kinds of issues right at the beginning, but when he started school things really started to go downhill. I thought that he was this completely super advanced, brilliant child. On his first day of Kindergarten they told me there’s something really wrong with him, and that set off years and years and years of Special Ed and therapists, psychologists and school administrators and evaluations and doctors. Endless, really.

I couldn’t find anybody who knew what was going on. It seemed like everybody else who had kids with some kind of special need had some kind of support group. You know? Ultimately I ended up writing the book that I wanted to read. Then my readers helped me diagnose my kid. Over time it became evident that he was autistic, but high-functioning. He wasn’t formally diagnosed until he was in his late teens.

When you have a kid with special needs, you’re always faced with a lot of opinions. At birth, when they put him on me and I looked into his eyes, I saw him. You know? I saw his essence and I felt it and I have hung onto that. When it was grim and people were offering all kinds of diagnoses that I knew were wrong, I held onto that faith. I had to develop a persona over the years when talking to doctors. I had to be really calm and not seem as if I was going to cry or become hysterical. It’s almost like I had to detach myself and talk about Blaze as if he was a case that I was interested in. Then whoever I was talking to would let their guards down and actually start telling me stuff. It was difficult not to cry in these kinds of meetings.

There were a few times over the years when it seemed I just didn’t know where to turn. I couldn’t afford to send him to special schools. At one point I pulled him out to home school him. That faith in my child is what I have always clung to.

The other morning I was thinking to myself I have literally lived half my life in fear. I think that that’s what you open yourself up to when you have children. You never really sleep that well again. There’s a funny line from Downton Abbey. Maggie Smith says, “One forgets about parenthood, the on and on-ness of it.” Which is really true. It really does go on forever.

I feel like he chose me. I feel like I chose him. I really do, on a very deep level. People have said to me, “you’re a great mother and you’ve dedicated so much of your life to working with him.” I don’t think that makes me extraordinary at all. I really feel like that is just doing my job.

How has becoming a mother affected my relationship with my mother? I always really got along very well with my mother. That relationship has only gotten deeper. I am the only one out of the five children who has a child. He’s the only grandchild. So I think my mother and I share an even more special bond because we both know what motherhood is like. There’s that expression “a mother’s only as happy as her unhappiest child.” And I think that my mother and I understand that in a way that my other siblings can’t.

How have I changed? I’ve obviously became a much more patient and much less impulsive person. I never saw myself as the kind of person who would advocate or work with special needs kids, and yet ultimately I wound up doing that for a couple of years. I think having him has opened me up to really understanding how differently people think.

It’s a theme I’ve explored over and over again in my writing. I’m always so curious about people who are very different from me. What goes on in their heads? What has brought them to be the way they are? It’s very easy to rush to judgment. It’s much less so to understand what’s happening below the surface.

It is filed under Endings: The Children Leave Home and tagged with autism, faith, fear, homeschool, single motherhood, special ed. You can follow any responses to this entry through the RSS 2.0 feed.